The (very long) list of artists and tracks will be found on Discogs.

The five-CD set Long Story Short is a distillation of the 2011 Music Unlimited festival in Wels, Austria, curated by angry-jazz saxophonist Peter Brötzmann. The box set presents more than six hours of free jazz performed by 18 different configurations, some of which include Brötzmann and some of which do not. It serves as a veritable guide to Brötzmann’s sensibilities, his protégés and the world of influence he has exacted over free improv’s most vitriolic branch.
The set reveals not only Brötzmann’s penchant for extended atonal outbursts but also his affinity for Japanese instrumentation, Middle Eastern forms and the Chicago alt-jazz scene. Appropriately enough, the affair begins with a low, bone-rattling blast from a baritone sax, the lead instrument of an unnamed improvisation (they’re all unnamed) by Sonore, an all-reeds trio featuring Brötzmann, Ken Vandermark and Mats Gustafsson. This leads to a 26-minute romp by the Chicago Tentet with saxophonist John Tchicai (now deceased) that surprises by planting moments of tenderness—such as the duet between trumpeter Per-Åke Holmlander and cellist Fred Lonberg-Holm—within the otherwise unrestrained bellowing of a dozen musicians, two of them drummers.

Somehow a trio of Japanese musicians, playing koto, cello and guzheng, manages to fit right into Brötzmann’s aesthetic, as does another trio that incorporates turntables and electronics.

Perhaps odder still is the trio of Brötzmann and two musicians more often found in settings closer to jazz’s mainstream, bassist Eric Revis and drummer Nasheet Waits, who step up to the intimidating challenge of supporting him. Other highlights: the DKV Trio squaring off with a second trio that includes Gustafsson, bassist Massimo Pupillo and drummer Paal Nilssen-Love; a trio led by Brötzmann’s electric-guitarist son, Caspar, that is more death metal than jazz; a solo slot by pianist Masahiko Satoh that invites comparisons to Alexander von Schlippenbach; and the most stunningly ridiculous track here, a frightening electric-guitar-and-wordless-vocals offering from Keiji Haino.

Extended analysis on all about jazz 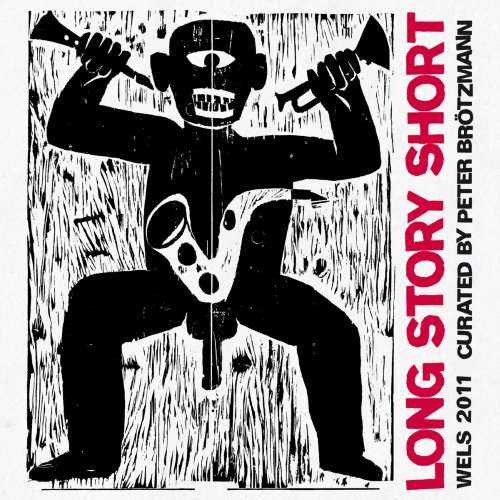